There was a time, in the late 1990s, when you would enter a keyword to search the Web, say the word “Kilimanjaro”, and the search engine would return nothing but porn. The search engines at that time only indexed the keywords, and the porn sites stuffed their index pages with millions of keywords, usually hidden in a single pixel. In this way, they spoofed the search engines, and attracted web traffic. This was called spamdexing, or keyword stuffing. Lying was easy and blatant  on the Web, and this pollution obliterated genuine content, and led to the demise of Web 1.0. Google made an end to all that, Web 2.0 flourished, and we are now able to find on the Web a lot of the information that we are looking for. They spelled the end of lying on the Web. It is illuminating to recall how this was achieved. In addition to indexing the keywords, modern search engines also index the hyperlinks leading from one web page to another, and gather many other metadata which allow them to measure the reputation of the web pages. This approach made the information flow on the Web more reliable, and changed the way we live our lives in many areas. The concepts can now be recognized as the highly communities of network nodes, which presumably use them. 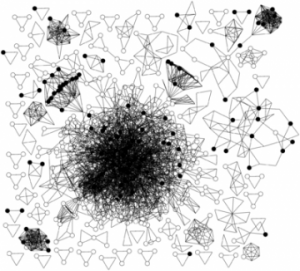 It is difficult to overestimate the importance of this paradigm shift. It says:

In a sense the methods of concept analysis, underlying the modern information technologies, led us back from Fregean formal logics of XX century, back to Nietzschean question: Who speaks? — as the method to end lying.

In the world with too many authentic channels, we must learn to lie to protect ourselves from being lied to.  A liar can be recognized by the social context only if the social context is not a lie. Otherwise, creating a lie is computationally easier than detecting it. There lies the solution.

We use “lieing”, the misspelled version of the word “lying”, to denote this movement towards rejecting the total network authentication.

You may dislike the obscurity of  the distinction between lieing and lying. Both words are pronounced the same, and even when you see them written, the odds are that you either won’t notice the difference, or will assume that the writer made a mistake. Unless you know the writer and their idiosyncrasies. The idea of lieing is to use idiosyncrasies for watermarking. The word “lieing” is an example of itself. 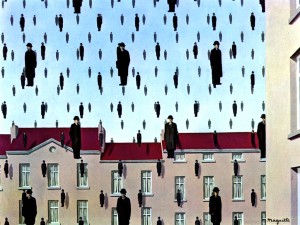 The only way that I could think of to resist the total network authentication is to create multiple authentic identities. I call the general concept creative privacy. Instead of trying to dam the flow of private data – a futile effort, it seems -, we should create and disseminate a flood of private data!

Watermarking can be used to distinguish what is authentic from what is not. Your friends, those who know you already, will have the information needed to find the watermarks, the others cannot. Hidden in the text, the word “lieing” is a toy example of such a watermark of rejection of the total network authentication. Only those who look for it will find it.